BCL Industries Limited, Bathinda received an award from Fortune India Next 500 this year with a ranking of 309. This is an improvement from the rank of 462 which the company achieved last year. The award was received by the company’s AMD, Mr. Kushal Mittal at FICCI House, Delhi.

Another milestone this year has been achieved by BCL Industries Limited Bathinda. During the survey conducted by Fortune India Next 500, the company was ranked at 309. The event was attended by company’s AMD, Mr. Kushal Mittal at FICCI house, Delhi.AMD, Kushal Mittal, said that the company’s rank last year was at 462, which has improved to 308 this time. He thanked the concerned organization for the award and congratulated the company’s employees on their achievement. 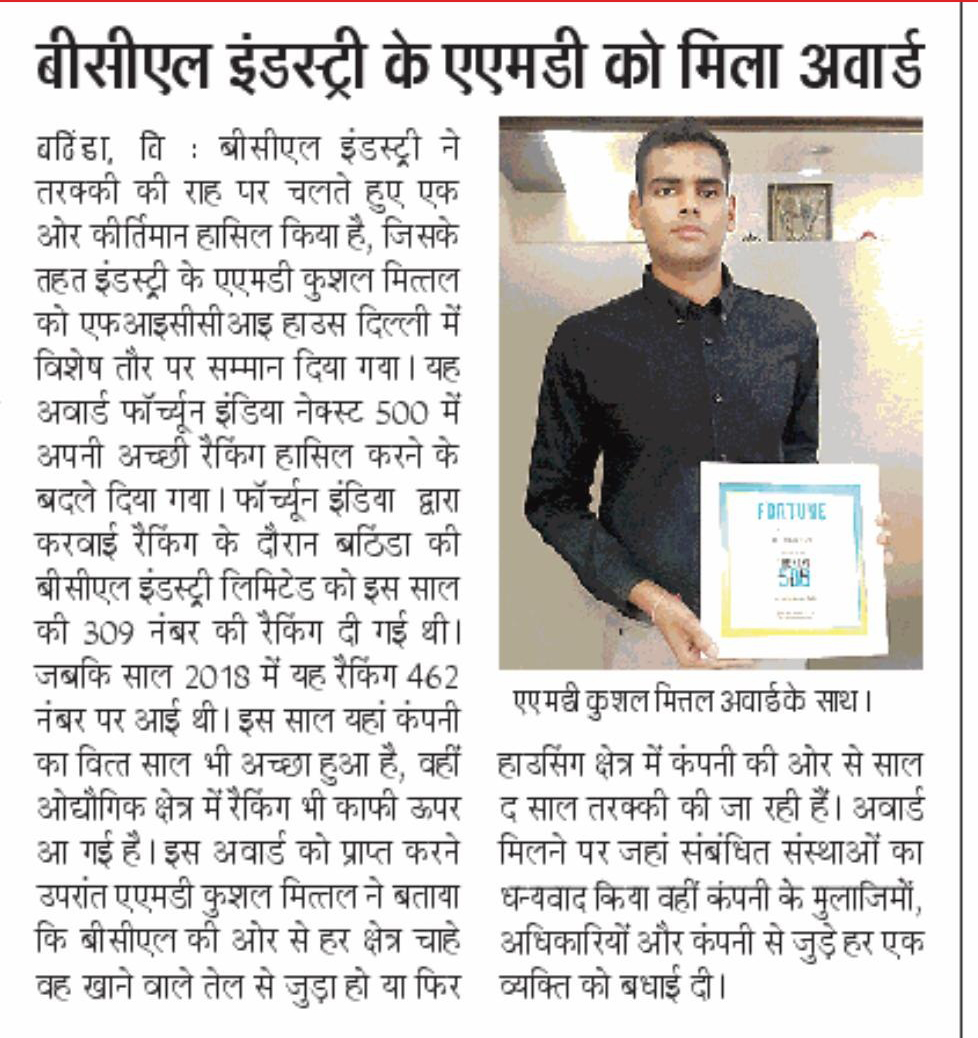 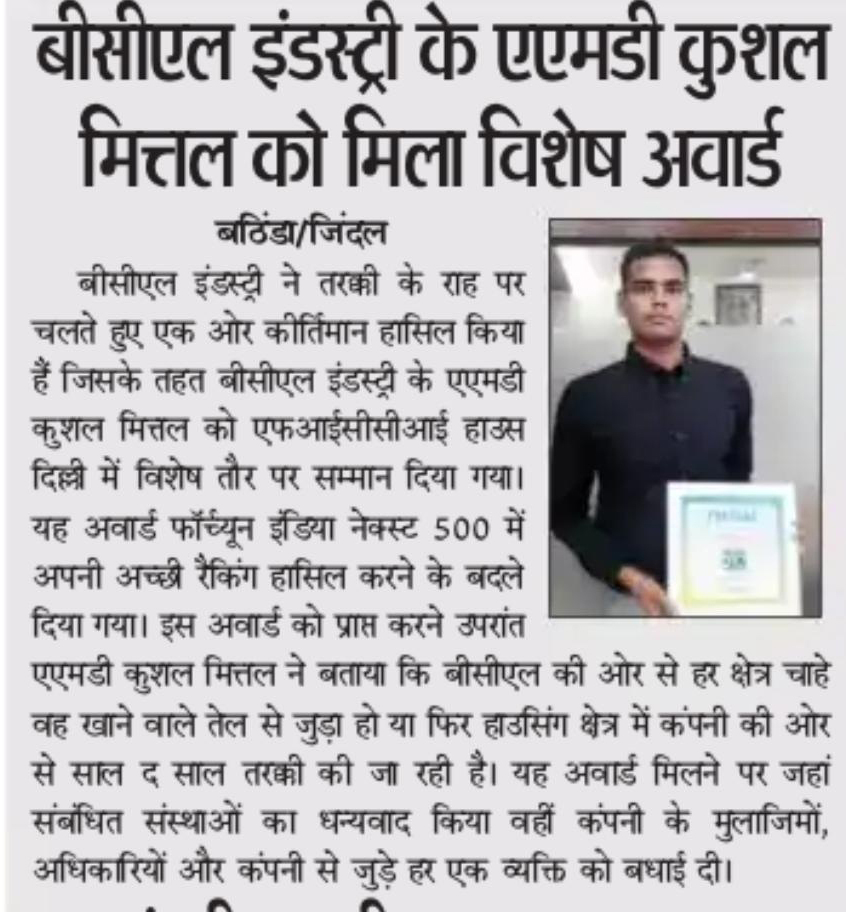 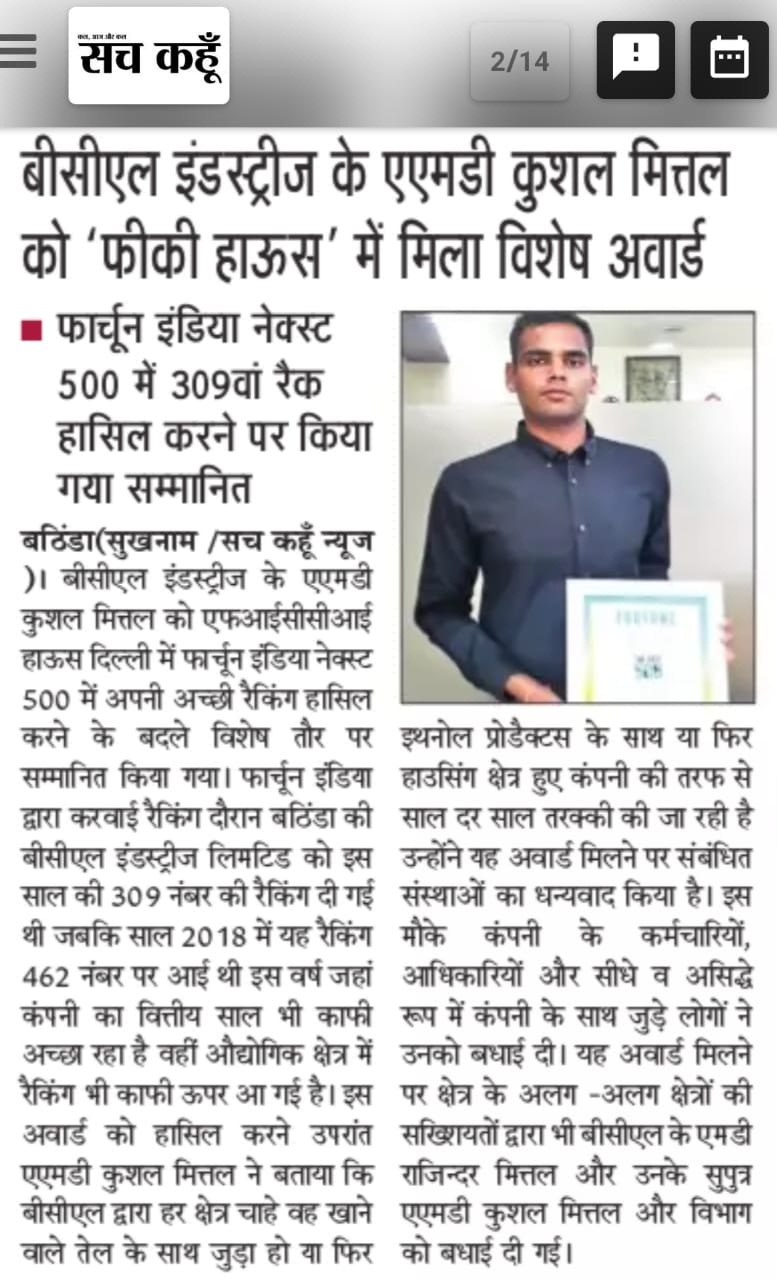 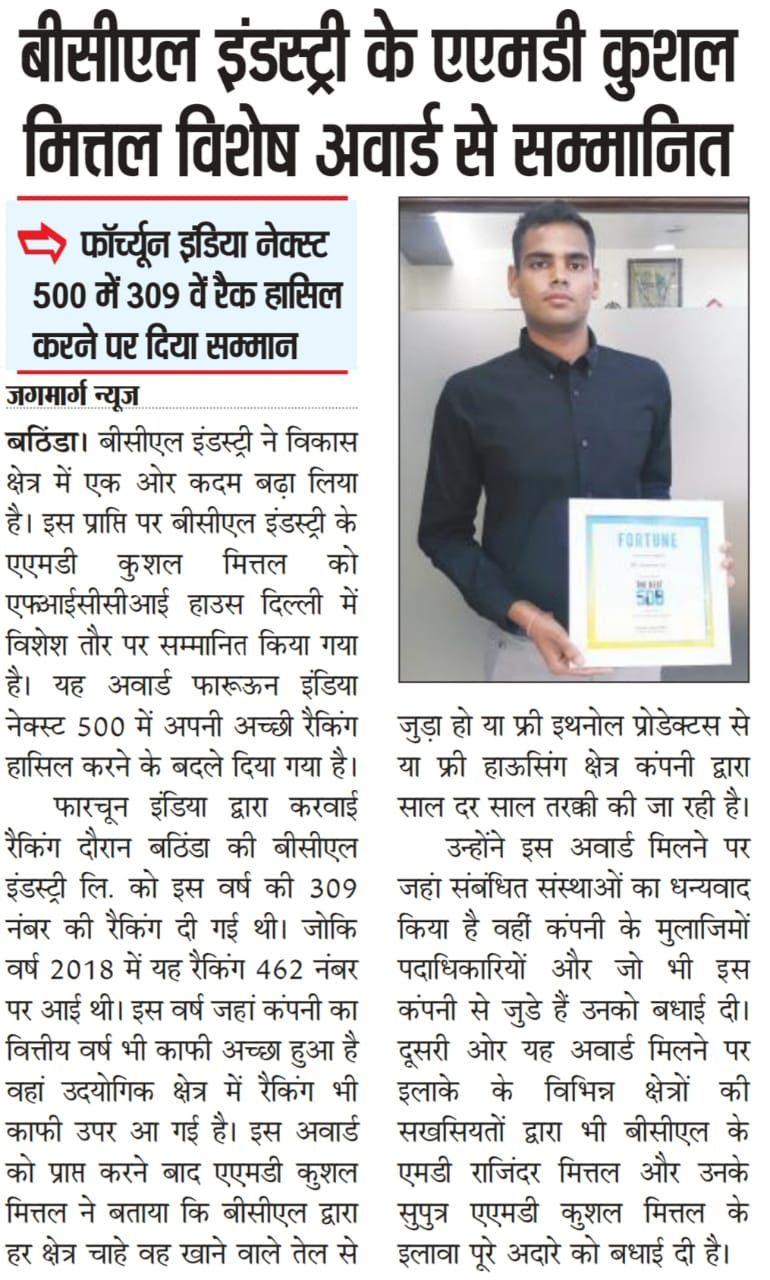